From Birth of a Nation to Stand Your Ground: Trayvon Martin and the New Era of Lynching 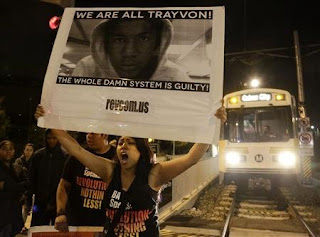 The "Not Guilty" verdict rendered by six jurors in a Sanford, Florida circuit court July 13, 2013 inaugurates through legal precedent a new era of lynching in the United States of America. Whatever you may think of the adequacy or inadequacy of the case presented by the prosecution or the appropriateness of the verdict in light of the facts presented, the ultimate effect of the Trayvon Martin verdict fundamentally legitimates racial profiling and the indiscriminate murder ("lynching") of persons of color by armed citizen vigilantes as well as law enforcement officials.

The criminalization without evidence of Trayvon Martin, by cop wannabe George Zimmerman and his defense team, is the central and most defining element of this new form of racial lynching. Without a shred of evidence suggesting any actual criminal activity, George Zimmerman racially profiled this young man as evidenced by the 9-1-1 call ("...these assholes always get away..."), followed him, initiated a fight, and shot him dead. Again, without a shred of evidence of any criminal activity, Zimmerman's defense team continued to criminalize Trayvon Martin and effectively transformed a 150 pound 17-year old with a bag of Skittles and a bottle of iced tea into a thug and criminal predator. In a gated community in Sanford, Florida on February 26, 2012 and in the courtroom Trayvon Martin became the modern Bigger Thomas, and on his body they imprinted every dominant cultural fear of Black masculinity.

The combined effect of Zimmerman's profiling and O'Mara and West's "Bad Nigger" defense strategy is tantamount to the thousands of unsubstantiated cries of "Black rapist" that characterized the era of lynching. There is simply no proof of Martin's wrongdoing. Trayvon's crime was being Black. Pure and simple. He and Oscar Grant and thousands of unpublicized others are the modern day versions of Emmett Till and the Scottsboro Boys. They don't have to do anything in order to be considered suspects. Merely in terms of their physical/racial appearance, they are suspects.

The second defining element of the new lynching is the proximity of Zimmerman's profiling and the case presented by the defense to a history of racial stereotyping, including the pervasive tropes of minstrelsy that continue to resonate through corporatized mass media representations of blackness including contemporary rap and hip hop music. The 19th century Buck, the 20th century Badass Nigger, the late 20th and 21st century Thuglife Nigga, were all present in the imaginations of Zimmerman and the six who stood in judgment of his actions. Mark O'Mara's presentation of a grainy photo of a shirtless Trayvon Martin effectively linked Martin with a history of minstrel and gangsta rap images of Black rapists and gang members. O'Mara would follow that up with an even more dramatic presentation of a chunk of concrete, effectively weaponizing the unarmed teenager and sealing his transformation to violent Black Thug. These narratives and images were all imprinted on the body of Trayvon Martin and in fact continue to be writ large on his body as the American news media analyzes the case and verdict.

Indeed, as Trayvon became the prototypical "Buck," Rachel Jeantel,  the last person that he spoke to before he died, became through proximity a contemporary "Mammy." Defense attorney Don West daughter's indiscreet Instagram photo "We Beat Stupidity" was a not only a direct attack on the comportment and diction of Jeantel but a way of linking her to this pervasive history of minstrel-era tropes. In so doing, Jeantel was also transformed into a racialized and criminalized object, obfuscating the possibility of empathizing with her very understandable reluctance to be in the public eye or the depths of her grieving. Jeantel was symbolically lynched before a nationwide audience that jeered at her grieving rather than daring to engage her as a fellow human being and understand her pain. It was as though she was being taunted by the lynch mob. 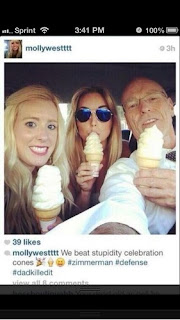 As an African American and the father of a young African American man, I felt further taunted by the lynch mob with the defense team's post-verdict comments. Few empathetic words for a family that must now live with the loss of a child. No contrition. I'm absolutely incensed by the suggestions of Zimmerman's brother, Robert Zimmerman and Zimmerman defense attorney Mark O'Mara that it was an outrage that this case should ever have gone to trial in the first place. Their statements were like every other lynching, where the mob left the body hanging from the tree, vivisected from gullet to groin, charred and burned.

Adam Weinsten has published the photo of a lynched Trayvon Martin at Gawker. Only look at this if you think you can handle it. http://gawker.com/this-courtesy-of-msnbc-is-trayvon-martins-dead-body-753370712

This is difficult to view, as difficult as pictures of Emmett Till, perhaps even more so. But if you can handle this, you will not see the Black Buck, the Thug, the Gangsta Nigga lying still in the grass. You will not see someone that George Zimmerman could reasonably fear. You will see a child in khakis and new sneakers with his hands at his sides and his eyes and mouth open in realization of the horror that was happening to him.


As the trial unfolded, I wondered whether the prosecution was really trying. This really should have been an open and shut case. One man playing cop follows another man merely because of the color of his skin, initiates a fight, and shoots him dead. What are we arguing about? What was Trayvon Martin's crime?  Why didn't the prosecution make more of Zimmerman's record of phoning the police over 300 times regarding other "suspects" that he had profiled? Didn't Martin, who was within proximity of the home where he was staying with his father and his father's fiancee, have the right to defend himself against an armed stranger pursuing him that rainy night? If anyone in this case had the right to "stand their ground," it was Trayvon, whose alleged violence against Zimmerman reads more like a defensive action against a potential stalker than anything else. Why didn't the prosecution make more out of Zimmerman's failure to identify himself as Neighborhood Watch? Why did the prosecution so consistently avoid the most obvious aspect of this case: race? Why didn't chief prosecutor Angela Corey, a woman who could have appealed to a jury of six women, personally handle this case? Why did state prosecutor Norm Wolfinger recuse himself from the case? Why was Zimmerman only charged with 2nd degree murder after prolonged activism, including the petition of thousands through Change.org? Why wasn't Zimmerman at least charged and held for manslaughter the night of February 26 after killing Trayvon Martin? Since when do police investigators simply accept the word of a killer?

It should be noted that there are probably far greater forces at work here, manipulating ideologies of race as dominant cultural players have always done. There's a larger political game here that the prosecution may have been very much aware of. Certainly this is more than merely a shot in the arm for American racism. It's clear that this verdict is a triumph for the National Rifle Association and the gun lobby and ALEC (American Legislative Exchange Council) and the ALEC-sponsored Stand Your Ground laws that exist in 24 states in the union. The Zimmerman verdict protects not only the possession and concealed carry of firearms, but also exonerates all who possess firearms and concealed carry permits from the unwarranted discharge of those firearms. The "Not Guilty" verdict of the Zimmerman trial legitimates the possibility of an average citizen acting as judge and jury and carrying out a capital sentence ("lynching") on the basis of racially-based suspicions ("profiling") and fears. It gives legal authority to the lynch mob.

In the end, we have to do what we've always done in the wake of a lynching. We have to go out and take down the body, give our brother a proper burial, and uproot the lynching tree - for the tree can no longer exist. Like the great Ida B. Wells, we must use whatever media is at our disposal to raise awareness of these lynchings and the many Trayvon Martins around the country. We must hang banners outside of our homes and offices, alerting one another when another one of us has been lynched. We must initiate a movement to fight the ravages of the criminal justice system, Stand Your Ground, and the criminalization, incarceration, and lynching of our people. If the lynching of Trayvon Martin doesn't convince you, perhaps the contemporaneous lynchings of 18-year old Ramarley Graham, shot in his bathroom in the Bronx by police a few weeks before Trayvon; or the lynching of 21-year old Shawn Bell shot more than 50 times by NYPD; or the shooting of unarmed 19-year old college student Kendrec McDade in Pasadena, California will. These names and events have to be chronicled and remembered. It is time for another Civil Rights Movement. 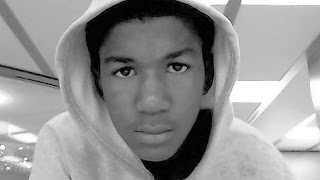 Posted by secondbestsecretagents at 11:10 PM